The money sent for Wang Fuman will also be used to help other children in the poor rural Chinese community and their school.

The incredible determination of a young boy to get to school in freezing temperatures has been rewarded.

More than $300,000 has been donated by well-wishers after a picture of Wang Fuman, his hair turned to icicles and his eyebrows frozen, touched their hearts.

Eight-year-old Wang, who comes from a poor family, walked three miles to school wearing thin clothes in temperatures of minus 9C so he could take an exam. His hands were swollen from the cold but he scored a high mark.

The Yunnan Youth Development Foundation asked for donations to help the boy and his ill-equipped school. It said the $330,000 donated would mean every child at Zhuanshanbao Primary School will get money to help them.

Wang's head teacher Fu Heng took a picture of his student arriving at class in Xinjie Town, Ludian County. The photo went viral and led to the appeal.

He said: "It was the first day of their final exams. The temperatures dropped to minus 9 degrees Celsius in about 30 minutes that morning."

Wang - who lives with his grandmother and sister because his father works away from home - said: “It is cold going to school but it’s not hard."

The picture has stirred a debate in China about poverty and the so-called "left behind" children whose parents leave rural areas to find work in the cities. 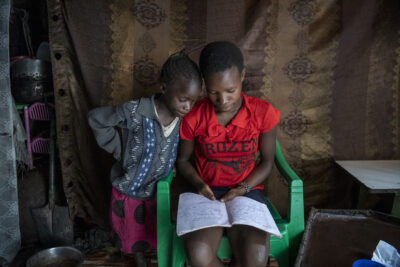 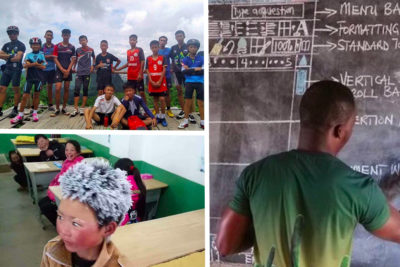