Our roundup includes a UN call for every child to have access to digital tools and learning plus another mass abduction of school students in Nigeria.

“No matter where we live, the COVID-19 pandemic affects every person – children most of all. We need to rally the world behind a practical and concrete plan to protect our children.”@unicefchief in an open letter on how we can reimagine a better world #ForEveryChild.

Bridging the digital divide can help to deliver quality education for all, the head of UNICEF has said in an open letter outlining opportunities for a better world for children after the pandemic.

Kicking off the UN agency's 75th anniversary, Executive Director Henrietta Fore said revolutionising learning is one of five key ways to reimagine the future of every child.

She added: "We now face a once-in-a-generation opportunity to connect every child and school to the internet, and provide new, digitally-driven tools to help them develop the skills to realise their potential – through and beyond Covid-19."

Fore said the first priority is for governments to prioritise reopening schools safely - but that "this great pause in learning has also provided a moment to rethink how we deliver education".

Gunmen killed a student in an overnight attack on a boarding school in the Nigerian state of Niger and kidnapped 42 people, including 27 students.

They stormed the Government Science Secondary School in Kagara district on Wednesday, overwhelming the school's security, said state Governor Abubakar Sani Bello. He ordered all boarding schools in the region to close.

"Twenty-seven students, three staff and 12 members of their families were kidnapped. Unfortunately, one student was shot dead," Bello told a news conference. Teacher Aliyu Isa said the kidnappers were dressed in army uniforms and shooting as they broke into the school. He added: "They were telling the students not to run."

It is not clear who was responsible for this latest attack on education. Kidnappings for ransom by armed groups are common across many northern Nigerian states. The abduction came two months after gunmen stormed a secondary school in Katsina state and kidnapped nearly 350 boys, who were later rescued.

Malawi has announced it will reopen schools on Monday, five weeks after classes were suspended due to a surge in Covid-19 cases. Turkey, which will restart face-to-face lessons for primary school students, as well as grades 8 and 12, said a full return will be considered in coming weeks.

Scotland's government confirmed that children in preschool and primary years 1 to 3 will return on Monday. Some senior secondary pupils will be allowed back to complete practical work for national qualifications.

US President Joe Biden said he is optimistic that most American schools will open by late spring, as the Centers for Disease Control published a roadmap to school reopenings.

Bangladesh will extend school closures for a further 14 days, meaning in-person education has been shut down for 11 months since the first Covid-19 case was registered in March.

Almost four years after the Iraqi city of Mosul was retaken from Islamic State, one school playground is buzzing again with the sound of excited children.

Al-Kuwait Primary School in East Mosul had no electricity or safe water and 50 students were crammed into makeshift classrooms made of plastic and metal.

But now it has been renovated by the humanitarian organisation ACTED, which turned it into a functioning school with a safe playground and additional classrooms.

The reconstruction is part of "Quick Impact Projects" by ACTED and partners in Mosul, which are funded by the European Union.

A new video shows how children in the occupied Palestinian territory have to negotiate security checkpoints as they walk to school - meaning short journeys can take hours and result in them missing classes or after-school activities.

The story of Amal is featured in the film made by War Child, which said "the effects of military occupation serve to severely restrict access to schools and youth centres". It said the pandemic is only making matters worse.

"We face such difficult conditions that I'm often scared to go to school," said Amal. "I only feel safe once in a while."

War Child said UN figures show there are 21 checkpoints across the occupied Palestinian territory where schoolchildren face delays which take a heavy social and emotional toll. 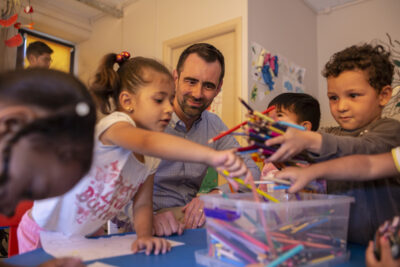 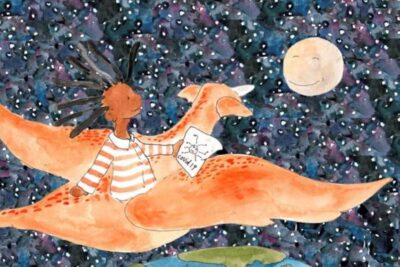