Learning for one million disadvantaged children in Myanmar and how Cameroon's conflict has decimated education are in our news roundup.

An education initiative has reached more than one million disadvantaged children in Myanmar.

The launch of a national strategy for quality and inclusive education for all children was part of the Building on Quality Basic Education Programme, which began in 2016.

The programme was led by Myanmar's education ministry with the support of the European Union, Denmark and UNICEF.

"Every child has the right to receive basic quality education. Through inclusive education, we hope to have contributed to creating the future foundation for mutual understanding and peace between the diverse communities in Rakhine State,” said Danish Ambassador John Nielsen.

More than 855,000 children have been left out of school by three years of violence and instability in Cameroon. Their future is at risk without urgent action a commitment from all sides in the conflict to protect education, UNICEF warned this week.

Two months since the new school year started, 90% of public primary schools and 77% of secondary schools are closed or not operating in the North-West and South-West regions. Fear of violence has kept parents from sending their children to school and teachers and staff from reporting to work.

“Thousands of children in Cameroon are living in fear. They need peace so that they can resume their education and reclaim their future,” said UNICEF Executive Director Henrietta Fore. “When children are out of school, they face a higher risk of recruitment by armed groups, child marriage, early pregnancy and other forms of exploitation and abuse.”

UNICEF is supplying reading books and other learning materials for 37,000 school-aged children. The agency will also give literacy and numeracy lessons by radio for children who remain at home.

Youssou Ndour to champion education for most vulnerable children

the education community shines brighter today as @YoussouNdourSN joins @GPforEducation to advocate for quality learning for all children @AliceAlbright pic.twitter.com/SEDOGuMVTH

“My hope is that I can use my voice to help drive political leaders to address the learning crisis and to reform and properly finance education systems across the continent. Our children are Africa’s future. We must give them hope and the opportunity of a quality education.”

In sub-Saharan Africa, about 100 million children are not at school and millions more are in the classroom but not learning. The Global Partnership for Education (GPE) supports nearly 70 developing countries to ensure that every child receives a quality basic education - prioritising the poorest, the most vulnerable and those living in countries affected by fragility or conflict.

GPE also announced that Alice Albright has been reappointed as CEO for another three years.

The school system in Iraq is on the "brink of collapse," the Norwegian Refugee Council has warned. The organisation said 2.5 million children need education support, including 775,000 who are displaced from their homes, and cited a shortage of teachers and education funding.

More than 240,000 Iraqi children didn't access any form of education in the past year, according to NRC information shared with Al Jazeera.

It said a lack of teachers has contributed to a high student dropout rate - with 28% of girls and 15% of boys not at secondary school.

NRC Iraq media co-ordinator Tom Peyre-Costa said young people need education and training to give them a better chance of finding work. He added: "An education system on the brink of collapse can't effectively address these challenges."

A series of powerful earthquakes in the Philippines has destroyed more than 180 classrooms and affected over three million children.

A 6.3-magnitude quake struck on October 16 and was followed by a bigger shock and several more that have left thousands homeless.

Save the Children is preparing to set up temporary classrooms so that children don't miss out on school.

"These learning centres provide much-needed respite for children, some of whom may have lost everything, and provide a safe space for them to play and receive support," said Albert Muyot, chief executive officer of Save the Children Philippines. 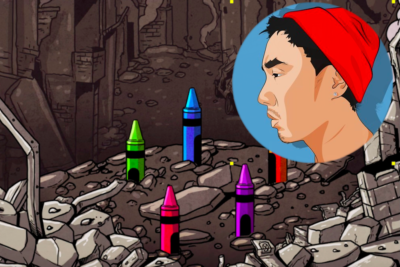