Our youth activists have reached the final of a challenge to find an exceptional student among 3,500 nominations from 94 countries.

It takes a very special person to win the Global Student Prize. The $100,000 award goes to someone who has overcome the odds to shine academically, have a positive impact on their peers and make a real difference in their community.

The 2021 prize, which also rewards creativity, innovation and global citizenship, attracted 3,500 nominations from 94 countries. They have been whittled down to 50 finalists - and Theirworld is delighted that THREE of our Global Youth Ambassadors (GYAs) are among them.

They are Blessing Akpan, 23, from Nigeria; Jeremiah Thoronka, 21, from Sierra Leone; and Obakeng Leseyane, 23, from South Africa. The GYAs are part of our network of more than 1,000 inspiring young activists in over 80 countries.

The Global Student Prize is open to anyone over 16 who is enrolled in an academic institution or training and skills programme. A shortlist of 10 will be announced later this month and the winner will be revealed in November, alongside the winner of the $1 million Global Teacher Prize.

“In this age of Covid, students have shown great courage to keep studying and keep fighting for a better future despite huge obstacles,” said Lila Thomas, head of awards organisers Chegg.org. "Our finalists have made a huge impact in areas from the environment to equality and justice, from health and wellbeing to education and skills, from youth empowerment to ending poverty.”

Here we look at the three GYAs who have made the final 50.

She grew up in an environment where children did not have access to quality education. Blessing started working with young children in rural communities, using alternative learning systems.

She founded her own company - Bees Learning Hub - which focuses on remote learning and skills development. During the pandemic, it has worked to bring classes to out-of-school children and train teachers to adapt to modern teaching practices.

Blessing said: “This is a huge accomplishment for me, everyone I work with and my organisation, The Innovative Child Network. It is an energiser to keep doing more.

“It also means a lot to me because it strengthens the faith of every Nigerian student who is a social change agent. They are once again reassured that they are on the right path."

He grew up in a single-parent family in a slum community in war-torn Sierra Leone, where there were no schools, hospitals, roads or electricity.  Every night more than 30 students would study using a locally-made laptop, which produced a large amount of smoke.

This led Jeremiah to invent a mini-hydro and windmill dam that provided energy to the students. Since then, he has used his skills to develop Optim Energy, a device that harnesses energy from heat, vibrations and weather to create affordable and clean power in local communities.

He became the first person in his family to receive a scholarship and complete high school. This changed the trajectory of his family’s lives. Now he has nieces and nephews who are about to finish high school and head to university.

Obakeng’s advocacy work inspires other young people to see it's possible to go into higher education. He compiled a list of high school and university scholarships, printed the forms and took them to village schools. Since 2016, he has enrolled more than 300 students in quality institutions through his organisation EdConnect Labs.

Obakeng said: “As the son of a teenage single mother who had to drop out of school, it’s humbling that I get to represent my country. I hope it serves as a guiding force to every child out there who asks themselves where they belong in the world because of their challenging background.

“I am here to tell and show that you belong among the best. It takes courage to show up and been seen knowing you have no control over the outcome.”

Want to become a GYA?

Do you have a passion for achieving quality, equitable education for every child and are ready to get involved? Are you aged between 18 and 28? Apply here. 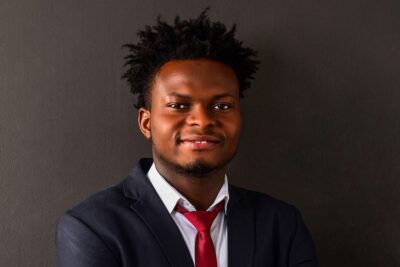 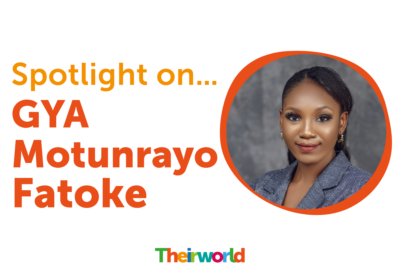 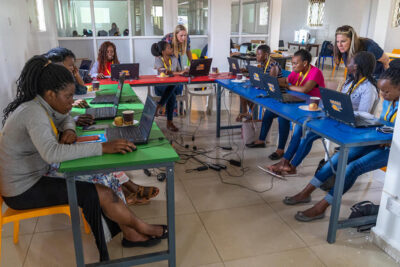 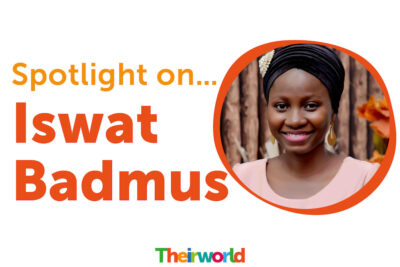