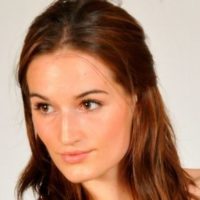 We talk to a remarkable man who, with the help of residents and volunteers, has brought education to children at informal camps in Turkey.

As the sweltering Turkish heat beams down on a makeshift school outside Adana, 30 Syrian children eagerly wait for the start of term.

For many of these children, this is the first present they have received since the conflict began over six years ago. Being unofficially registered and living in an informal camp makes a recipe for limited humanitarian support.

“The Syrians living in these camps are incredibly vulnerable," Altaiar said. "As many of them are illegally in the country, they do not qualify for the Turkish government’s support."

After seeing the desperation of his fellow people, Altaiar - a refugee himself - took on the challenge to provide aid to those in need.

Using his own savings and mustering private donations, the Homs native was able to set up three schools in neighbouring camps.

With the help of residents and local volunteers, the team spent six days building the schools.

Designed with a meagre budget, the structures are formed by a large tarpaulin sheet that drapes on to metal rods, which are cemented into a concrete base. Old desks and benches are neatly lined in rows and an IKEA white board stands at the front.

“Most these children have never had an education," he said.

"Before this school they were illiterate. But now they are starting to learn how to read and write. To see the transformation in them has been incredible."

Living out of Altaiar’s warehouse and borrowing his motorcycle, the teacher commutes between the three schools and receives a small salary.

“Unfortunately, we can only teach the younger children, because after the age of 13 they go off to the nearby farms to work with their parents,” Altaiar said.

“I would like to do evening lessons for the older children but we just don’t have the funds.”

A former chemical engineer for an oil company in Norway, he fell into the humanitarian world by chance.

He said: “For years I had watched my fellow country men suffer in silence. So when the revolution started, I knew I had to be part of it."

As the peaceful revolution turned into a civil war and millions became displaced, Altaiar and his wife moved to Turkey.

“But I couldn’t sit there and do nothing while my people suffered,” he said. Forming food kitchens in camps for internally displaced people in the East of Syria, Altaiar commuted between the two countries.

But after refusing to pay bribes to militant groups, the humanitarian was kidnapped and imprisoned for over a year.

Tortured and starved, Altaiar was on the verge of death when the militant faction dropped him at a local hospital to dispose of his body.

“When the doctor saw me, he whispered to me to stay silent and not move," he said. "He told the militants that I was dead and he would dispose of the body.”

Through the help of the doctor and in conjunction with the Turkish authorities, Altaiar was smuggled out of Syria to safety and spent six weeks in intensive care at a hospital in Antakya.

“When my wife came to see my in hospital - she brought a six-month-baby girl with her. I had become a father and I didn’t even know it,” Altair said.

Two years and two daughters later, Altaiar has fully recovered and has officially registered with the Turkish authorities as a humanitarian organisation.

Along with three schools, Altair has established two women’s centre, an autism clinic and provides weekly food parcels to thousands of Syrian refugees.

“I’m from Homs City - we have a reputation for being crazy," he said.

"Perhaps that’s why I decided to abandoned the wealth and stability for this life.

"But I wouldn’t go back. I’m able to make a difference to so many peoples lives and to be honest I’m proud of what I do.”