Some countries have already stepped in to assist the UN agency that runs more than 700 schools after President Trump slashed American aid.

European countries have rallied round to help ease the funding crisis at the United Nations agency that provides education for 525,000 Palestinian children.

Belgium stepped in quickly to show the way to other donor countries after UNRWA said the cut would be "catastrophic" for its education programmes - which educate children at 711 schools in Gaza, the West Bank, Jordan, Lebanon and Syria, and employ 20,000 people.

But much more needs to be done - particularly on long-term funding - to secure the future for these children.

You can do your bit to help by sending out a clear message...

Since the American announcement of reduced funding on January 16, here's how events have unfolded.

On January 17, Belgium pledged to donate an extra $23 million - to be spread over three years - and said its annual contribution would also be handed over immediately.

Belgium has come to the rescue after US slashes funding for Palestinian schooling – but a massive funding gap remains. https://t.co/rv6fhjXYt2

Deputy Prime Minister Alexander De Croo said: "For a lot of Palestinian refugees UNRWA is the last life buoy. With the help of UNRWA half a million Palestinian children are able to go to school."

The Netherlands said it would fast-track $16 million of funding already earmarked for the agency.

And Sweden stepped in to disburse $58.5 million immediately to UNRWA. Ulrika Modéer, secretary of state for development cooperation, tweeted that Sweden was supporting the agency’s “important work".

Sweden has just disbursed 58.5 MUSD to @UNRWA for its important work to support Palestinian refugees in these challenging times. The world community has a responsability

Watched by hundreds of children at a school in Gaza, the agency's Commissioner-General Pierre Krähenbühl said: "We are launching this campaign because UNRWA stands with you as witnesses to your historic plight.

“I wish to confirm to all Palestine refugees that UNRWA schools, proud schools like the one we are standing in, will remain open. Health care and other services will be provided. It is a huge challenge but it is absolutely imperative.”

Thirteen-year-old Karim, President of UNRWA's Student Parliament, said: "We are proud and determined students. We want the world to support us in becoming global citizens and pursue our dreams and aspirations."

Norway announced on January 24 it had paid its core contribution of $16 million. Minister of Foreign Affairs Ine Eriksen Søreide said: "I urge other donors to pay their contributions to UNRWA as soon as possible."

On the same day, the leaders of 21 humanitarian aid groups based in the United States wrote to the Trump administration to protest "in the strongest terms" to the cutbacks in funding.

Meanwhile, UNRWA chief Krähenbühl has been raising awareness of the agency's funding plight and talking to other international donors.

Learn more about the work of UNRWA and its fundraising campaign. 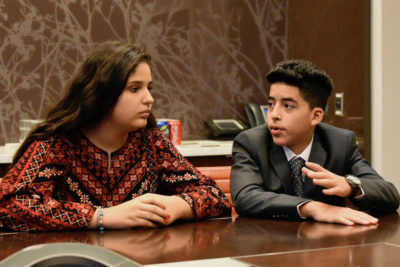 Please help us to save our schools, say Palestinian students 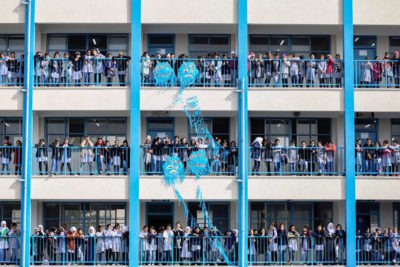 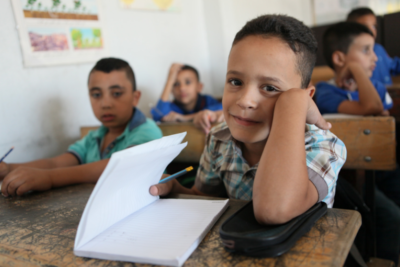