10 years into the conflict, Theirworld is calling again for leaders to listen to the voices of Syrian children and prioritise learning for all.

Like so many Syrian child refugees, Rayyan Omran has never seen her home country. She is a year younger than the civil war that broke out 10 years ago and has spent her entire life in Lebanon, where she lives with her sister, brother and two parents.

They are among at least 1.5 million Syrian refugees in Lebanon, out of a total of 5.6 million who have fled the country since the start of the conflict.

When Theirworld visited Rayyan and her family in the town of Taalabaya in the Bekaa Valley, she had just written a story about a village that was "happy and joyful".

To the great relief of her mother Nahed, Rayyan is writing stories that don’t reflect the "sad situation we are in". Her daughter’s positive outlook justifies the decision she and her husband Ahmad took to leave Syria, when "warplanes and bombs" were all around them.

Rayyan and her elder sister Nour attend the Taalabaya School, where they have been included in a Theirworld-supported Tech Hub programme - funded by players of People's Postcode Lottery - to create interactive classrooms.

Hundreds of tablets were delivered to children, while our local partner DOT Lebanon taught teachers digital literacy from scratch, starting with basic skills like word processing. Teachers quickly learned to create fun lesson plans conducted on the children’s tablets and on interactive whiteboards.

The programme meant that when the Covid-19 pandemic closed Lebanon’s schools in early 2020, Taalabaya was better placed than most to move quickly to online learning. But learning from home has had extra challenges: a strong wifi or data connection has proven difficult - and expensive.

About the Syria conference

The European Union will host the fifth Brussels Conference on Supporting the Future of Syria and the Region on March 29-30. This year's event will be held online. March 29 will feature a Day of Dialogue between civil society, refugee-hosting countries, the EU and the UN. The following day is the Ministerial Conference.

"The kids are smart and they love to learn," says Rayyan’s father. But he worries about the amount of learning they have missed over the past year.

Almost 2.45 million children in Syria and an additional 750,000 Syrian children in neighbouring countries are out of school - 40% of them girls, according to UNICEF. That figure hasn't changed much in a year, so progress on getting Syrian children into school has stalled.

Education is on the agenda at the fifth Brussels conference on Supporting the Future of Syria and the Region, hosted by the European Union on March 29 and 30.

Theirworld is calling again for education to be prioritised and for world leaders to keep the promise they made in 2016 to deliver quality education for every Syrian child.

From early on in the conflict, Theirworld has been committed to helping to deliver education and hope to its refugee children.

We helped launch the ground-breaking double-shift system that allowed Syrian students to use Lebanese schools after Lebanese children had gone home in the early afternoon. More than 300,000 children have passed through the system so far.

With your support, we will be urging the world’s decision-makers not to abandon education for Syrian children, inside and outside the country. It is so important to give them some semblance of a normal start in life. You can help by sharing Rayyan’s story on social media - sending a message to the conference’s co-chairs, Mark Lowcock and Josep Borrell, that they must not give up on Syria’s children.

Laura Chow, Head of Charities at People’s Postcode Lottery, said: “Despite all the challenges that Rayyan and her family have faced, I was heartened to hear her positive outlook and learn about her ambitions for the future to become a doctor and help people in need.

“Ten years on from the start of the war in Syria, Theirworld is helping children just like Rayyan achieve their dreams by ensuring they don’t miss out on their education. I’m delighted support from players of People’s Postcode Lottery is helping to make that possible.” 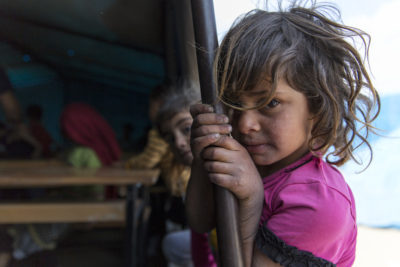 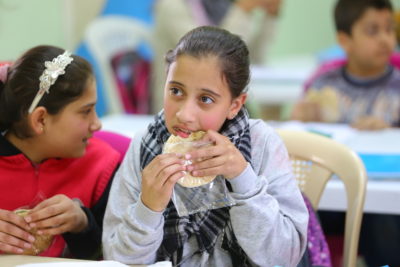